When I started living on my own my mom would mail me little snippets of newspaper clippings or magazine articles that usually had something to deal with either, business, money, design or religion. Always with a little note saying: “te quiero mucho mi muchachita chula, bonita, inteligente, athletica, y trajabadora.”

Her presence is everything, and never do I doubt in that moment that I’m not beautiful, smart, strong, and a hard worker.

Her most recent clipping was, “Eight things that super-powerful women never do” written by Kate Lopaze, a journalist for the TheJobNetwork.com.

My mom always sends me clippings that are perfectly timed for my life. As it just so happens I am currently looking to be a “badass, powerful woman,” as Ms. Lopaze puts it. She points out women’s natural hesitancies in the business world and gets straight to the point.

She talks about how women feel it’s “braggy” to talk about their successes, but can be very helpful, especially in job interviews or when raising negotiations.

Noted: I think instead of discussing my successes with my co-workers, anytime my boss walks by I’ll just blurt out a recent achievement… (I think I need to work on this one)

Women tend to shy away from confrontation thinking it rude or aggressive “…but debate can be healthy—and someone else isn’t necessarily right simply because they’re saying it in public.”

Noted: A great leader is someone who takes the advice of their colleagues, admits their mistakes, and is transparent with their workers, allowing them to see what areas he/she is struggling with so they can offer up their help. If they can’t take it then that’s their problem! All in a “professionally appropriate way,” Ms. Lopaze makes sure to point out.

“Power comes from succeeding – not from stepping on other people.”

Noted: Precisely! There are so many ways to succeed as well. We can lean on each other, ask for help, and especially lend a hand to others. Oftentimes we think, oh I went through this hardship so now they have to as well, but the most important lesson of “power” is that underneath we understand it to mean “servant.” We should be aiming for positions of power to better serve the people, to be a servant leader.

The most important part is not to let one criticism define you. “Powerful people, learn what they can, make adjustments, and move on.”

Noted: It’s hard not to take criticism personally especially when you put your best into a project, but I remind myself to take a step back and look at the situation from an outsider’s perspective or from the critic’s perspective and see what they see. It’s also never a bad idea to cool down with a bowl of ice cream… that usually helps! 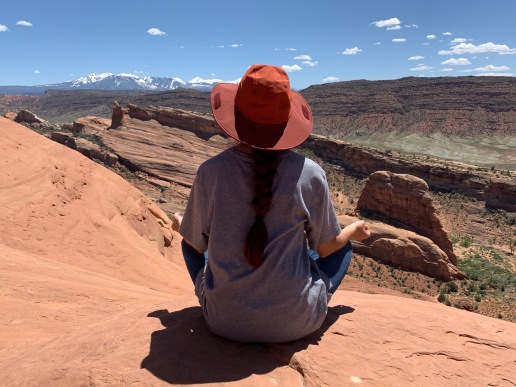 She addresses, that sometimes women feel like a “snitch or weak-looking victim” if they act to confront such issues. Trust your gut. It’s up to you to change your circumstances.

Noted: Communication is such a critical factor in life. Here’s a challenge: if you see an issue starting to form, before it becomes a huge problem and explodes, talk to the person. Resolve those nagging feelings in the back of your mind.

Noted: I find this extremely important for myself because it helps me not hold on to things past their expiration date. Identify the problem, realizing it’s only a work problem, fix the problem, and start fresh. Let it go. You’re not failing as a person just in a very singular project at work.

Time and time again you hear that leaders appreciate failures more than wins. Further reiterated by Ms. Lopaze, “it’s a chance to regroup, rethink, and be better.”

Noted: Failure is such a great teacher. When you fail who can deny the embarrassment that accompanies it, but that’s what makes sure you will never do it again, and thank God for that!

In times of your self-doubt don’t forget you have the skills and knowledge to succeed, and if you don’t, learn. Work hard and learn your material. Always give yourself a fighting chance, never allowing the thoughts, “what if I’m wrong/not talented enough/not prepared?” to creep in.

Noted: The best way to describe this is as someone who doesn’t like jumping off of high places into water. Don’t peek. A look from the top can be deceiving. Just run straight out and off the edge. Sure it will be terrifying, but you eliminated the doubt.

What a treasure trove of knowledge and ideas! Giving The Job Network a quick scroll, especially through Kate Lopaze’s articles, I can tell I will have a lot to keep me entertained.

Thanks Mom for the article!

When we jump
We will soar
Needing the ground
No more

See What I’m Up To

Architecture, design, photography, drawing, fashion and writing are all my passions. I love having my place to explore and showcase my dreams.